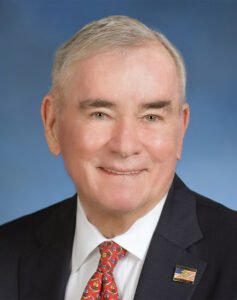 Mr. Murtland began his career in the United States Marine Corps after graduation from the U.S. Naval Academy. He has served ashore, afloat, and in combat. After post-graduate studies in Physics at the Naval Postgraduate School he was assigned duties involving weapons research at Quantico and Washington D.C. After 24-years serving his country, he retired from the Marine Corps. Mr. Murtland then served in the operations and industrial engineering departments and as the division manager for the United Parcel Service facilities in Southern California. He left UPS for a position as General Manager of an Armored Transport Company. Currently, he is the vice president and chief financial officer of a small local company and an Adjunct Professor of Finance and Accounting at the University of Phoenix.

Mr. Murtland continued his university studies and earned a Master of Science degree in Government Administration from George Washington University, followed by a MBA in Accounting (with distinction) and a MS in Advanced Management from National University. Currently, Mr. Murtland is active in the boating community. He was the Commodore of the Southern California Yachting Association in 2013 and the San Diego Association in 2003. He continues his interest in flying and has been a licensed pilot since 1993. Mr. Murtland is the treasurer of his local church. His two sons and four grandchildren live in Orange County. He married Dr. A. Elizabeth Sloan in 2003.