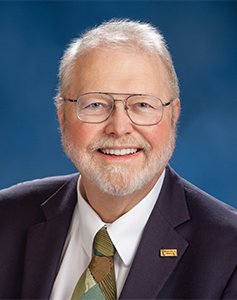 Mr. David Drake was appointed to the Board of Directors in January of 2006 as the Division II representative of Rincon del Diablo Municipal Water District’s Parent District and Improvement District “E.” Mr. Drake currently serves as Rincon Water’s Board President and on the Sewer and the Operations: Engineering and Long Range Planning committees and as an alternate on the Audit committee. Mr. Drake serves on the Association of California Water Agencies (ACWA) Energy Committee, is Rincon Water’s representative to the ACWA Joint Powers Insurance Authority (ACWA/JPIA) and serves on the ACWA/JPIA Worker’s Compensation Committee. In May of 2015 he was elected to the Executive Committee of the ACWA/JPIA.

Mr. Drake has served in engineering and management roles since 1974. He was a Member of the Technical Staff at the Jet Propulsion Laboratory, Manager of Engineering at Oak Industries, Software Unit Manager at Digital Equipment Corporation, CIO and VP at Mitchell International, Internet Service Architect at SAIC, and Co-founder and Enterprise Architect of SmartCover Systems in Escondido, CA. He holds 14 US and five foreign patents. He won a First Place Design Award from the Electrical Engineering Times. He is active in the AWWA, Institute of Electrical and Electronics Engineers (IEEE) and the American Association for the Advancement of Science (AAAS). He is a past Chair of the Escondido Planning Commission and served as the City of Escondido’s representative to the San Diego County Water Authority, where he was a member of the Administrative/Finance and Engineering committees. He graduated from Caltech in Electrical Engineering and is a Life Member of the Caltech Alumni Association. In 2017 he was named  a Life Member of Institute of Electrical and Electronics Engineers (IEEE) and was awarded his Masters Degree in Electrical Engineering from USC. In 2020, he was named as the Industry Icon of Water and Wastes Digest.

Mr. Drake has lived in Escondido since 1979 and has been married to Virginia for 37 years. He is an active Radio Amateur holding an Extra Class License. He spent a year building an observatory in the back yard and is interested in astronomy, seismology, energy, water, and information systems. He is the former President of the FBI Infragard Chapter in San Diego and is a graduate of the FBI and Justice Department Citizen’s Academy.